How about a little competition? As of today, the InVision Leaderboard is available to all users of our software. You can now view your own game statistics and compete with other community members to win prizes!

Trophies for the number of games played on official servers have been around for a long time, but now it’s time to go one step further. Today we would like to introduce you to something very special, the InVision Leaderboard.

What is the leaderboard and how does it work? *

To put it simply, the leaderboard is a high score list that shows the best players of the current month. Users get ranked according to their relative success while playing the game with our cheat! At the start of each month, the scores are wiped and every user starts from scratch.

You earn points toward the leaderboard by playing on official matchmaking servers in the following game modes:

Since draws are relatively common in Counter-Strike: Global Offensive, we use the following point system to score games based on the result, weighting winning a game a bit higher:

But wait a minute, doesn’t an MR30 last more than twice as long as an MR16? That’s right! For this reason, the different game modes get their own point modifier:

Although the average playing time for a Wingman is nearly the same as for a Competitive MR16, we do not want to force anyone to rage through Wingman games (or in general) so legit players don’t stand a chance on the leaderboard. We think that this scoring system is relatively fair, but we can always adjust it later.

Important: If you quit or disconnect before the end of a game, you will receive zero points because the game will not be saved – Always finish your game! The monthly leaderboard runs from 0:00 CET on the first day of the month to 23:59 CET on the last day of the month. Points update daily at around 04:00 CET and 16:00 CET.

Is there a reward for the winner?

Yes, we will have ways to reward users to reach the top of the leaderboard each month. We try not to make a general statement about whether only the first or maybe the first three users will be rewarded and what that reward will look like, as we want to be able to change the reward at any time. Also, we will not always announce the reward in advance to keep it a bit of a surprise. However, if there is a special reward, we will announce it beforehand, so everyone has a chance to get it.

As a cosmetic prize, the user with the most points at the end of a month will receive a permanent trophy that they can display next to their forum posts and on their profile. This trophy can be obtained multiple times.

When does the competition start?

The competition always officially starts on the 1st of a month. However, we will use the rest of February 2022 as a test phase, so that the official competition will not start until March and the first rewards will be given out at the end of March.

What data is stored and visible to me or other users?

Other users can (if you reach the top of the leaderboard) see your total number of games played, wins, draws, losses and the result of your last 5 games.

Your personal statistics contain additional information about your participation in the different game modes, as well as detailed information of your last 10 games, including the Steam ID of the account used to play the game. The Steam ID will NEVER be shared with other users or any other third party.

Can I opt out of participation?

There are currently no plans to exclude users from the leaderboard, but we may provide such an option later depending on demand.

Does this comply with the GDPR?

We value privacy and data security very much and to comply with data protection standards and the General Data Protection Regulation (GDPR), we have researched this topic extensively and obtained legal advice. To implement this system, we do not store any personal data, only public and freely accessible information such as your Steam ID and generic game data.

The Steam ID stored after agreeing to the Terms and Conditions is not considered personally identifiable information because it is property of Valve Corporation and Valve specifically states:

During setup of your account, the account is automatically assigned a number (the "Steam ID") that is later used to reference your user account without directly exposing Personally Identifying Information about you.

If you request a copy of your personal data, we will include all data related to the leaderboard in this export, even if we don't necessarily have to. We take this topic very seriously. If a user wants their game data deleted, a request can be made through the support system.

*All information about the leaderboard is subject to change. 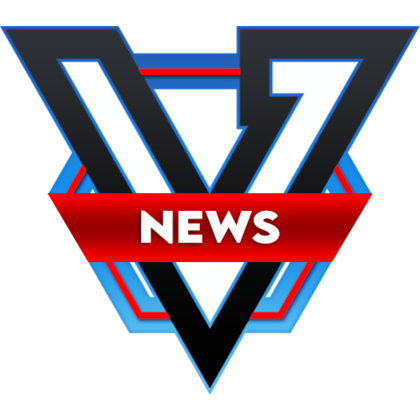 We are excited to announce the official launch of InVision.GG and the release of our CS:GO cheat!

We heard your feedback! The Ultimate Package is now also available as a 3 month subscription!

InVision thanks all users for being part of the community and wishes everyone a Happy New Year and a good start into 2021. May all your wishes and new years resolutions come true!